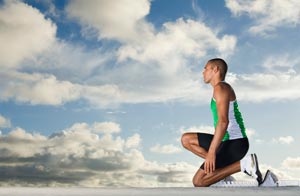 Many athletes seek chiropractic care after being injured or subjecting themselves to a particularly strenuous workout. However, chiropractic care can offer more than just sports injury relief, it may actually enhance athletes' peak performance. New research suggests that athletes could also benefit from improved athletic performance as a result of chiropractic adjustments.

The study involved 18 professional athletes in Brazilian judo. Half underwent a placebo treatment designed to mimic the experience of chiropractic adjustments. The other half received cervical spine adjustments, performed on the portion of the spine located in the neck. Researchers then evaluated the athletes' grip strength. The athletes' chosen sport, judo, relies heavily on muscular strength in the arms and hands, so grip strength was chosen as an indicator of the athletes' performance ability.

Further research is needed to fully understand the benefits chiropractic treatments offer for athletes. These benefits may include improved performance, enhanced recovery following a sports injury, and injury prevention. Previous research has examined some of these potential benefits. For instance, a 2010 study showed that chiropractic treatments reduced the risk of lower-limb injuries among football players. Other recent research has suggested that manual therapy help to boost athletic performance among college football players at Virginia Tech. Another new study found that female athletes with a history of ankle and foot problems had improvements in jumping height after receiving chiropractic care.

Florham Park athletes who are interested in the potential benefits of chiropractic treatments should contact chiropractor Dr. Rivano at Rivano Chiropractic Health Center. As a Board Certified Chiropractic Sports Physician and US Weightlifting Coach, Dr. Rivano has extensive experience treating and preventing sports injuries. With chiropractic adjustments, Kinesio Taping, and physical therapy, Dr. Rivano will enable you to enhance your athleticism and return to play stronger than before. Call our office in Florham Park, NJ to discuss your treatment and training options today.