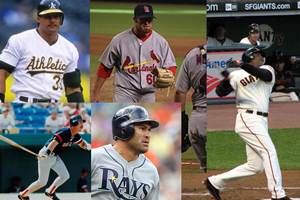 Morris County’s premier chiropractor, Dr. Anthony Rivano, is uniquely qualified to provide athletes with the type of thorough assessment and treatments they need to feel, and perform at, their very best.

Adjustments and conditioning give them “an edge”

Ever since the 1920s, when a chiropractor began traveling with the New York Yankees, many professional baseball players have taken advantage of the edge that playing pain-free gives them. In fact, many baseball players have touted chiropractic care as instrumental in helping them perform at their best. Barry Bonds, who still holds the all-time Major League Baseball record for 762 home runs, said he sought an adjustment from his chiropractor once a week as part of his training regimen for the San Francisco Giants. He felt so fortified and strengthened by the procedure that he once proclaimed, “I think it should be mandatory for athletes to see a chiropractor.” Former Boston Red Sox and New York Yankees third baseman Wade Boggs heeded this advice. He initially sought chiropractic care in 1997, after suffering from severe back pain and other baseball injuries for nearly 10 years. “The muscle relaxants weren't working, the prednisone wasn't working,” Boggs said. “Nothing was working anymore. My legs were like jelly.” Regular treatments from a chiropractor finally rendered him “pain-free” and feeling “terrific.” Boggs said he “swears by” the methods of chiropractors in general and especially those who specialize in sports injury treatment and prevention.

Free of back and neck pain, players perform at their best

Johnny Damon became such a supporter of chiropractors while he was playing for the New York Yankees that he persuaded the team’s management to hire a chiropractor. Damon made a compelling case: his regular chiropractic treatments strengthened his neck, back and shoulder muscles to the point that he enjoyed the distinction of being only one of three major league players who had played for at least 10 years in the majors without being placed on the disabled list. At their worst, his baseball injuries were nominal, and he recovered from them quickly. Outfielder Jose Canseco, who played with many American League teams before retiring in 2001, viewed chiropractic care in general and adjustments in particular as “a great stress reliever.” He made a simple but obvious point about the chief benefit: “When you're out there and you're not feeling the pain, you're obviously going to be a better player.” Team chiropractors are becoming increasingly common in baseball and other sports in which athletes benefit from conditioning and stretching exercises. And this includes athletes at the professional level as well as those involved in team sports at the college, high school and elementary school level. In this way, Morris County’s premier chiropractor, Dr. Anthony Rivano, is uniquely qualified to provide athletes with the type of thorough assessment and treatments they need to feel, and perform at, their very best. As a lifelong athlete coach and former professional power lifter, Dr. Rivano investigates the underlying cause of a patient’s condition rather than treating the symptoms alone.

To learn why professional baseball players and other athletes have become such fervent supporters of chiropractic care, schedule an appointment with Dr. Rivano by calling 973-845-6282.
Share Tweet
June 23, 2013