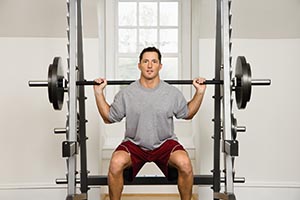 We see many athletes in our Florham Park office, because chiropractic is a great way to speed recovery times and enhance performance. Nearly every professional athlete uses chiropractic care to keep themselves working at maximum efficiency, and the US Olympic Team has an entire staff of chiropractors for their athletes.

In a 2011 study, researchers looked at the effects of chiropractic adjustments on 18 professional judo athletes in Brazil. Half of the athletes received chiropractic adjustments of their cervical spine. The other half received a fake treatment. Since judo heavily relies on the arms and hands, researchers evaluated athletes' grip strength using a device that measures muscle force.

While more research is necessary to understand the full benefits of chiropractic on athletic performance, this study is promising. A 2010 study found that chiropractic care reduced the risk of lower-limb injury in football players. Whether you’re trying to recover from an injury or you’re just trying to improve your performance, Dr. Rivano can help you be your best.