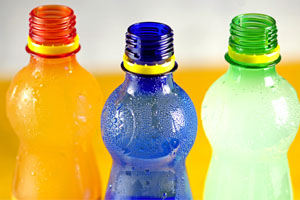 Bisphenol A (BPA) is an organic chemical used in the manufacture of polycarbonate plastics and epoxy resins. It is found in many hard plastic drink bottles and metal food and drink cans. Although it has been in commercial use since the 1960s, it is only recently that concerns have been raised over its use in food containers. These concerns are based on the fact that BPA has been observed to have a detectable hormonal action on the body, binding to estrogen and other endocrine receptors, a finding that has prompted several governments to reassess the safety information on this substance.

A study in 1983 by the United States National Academy of Sciences concluded that exposure to BPA presented a minimal hazard to human health. However, in 2000, the US National Toxicity Program carried out a review of the BPA safety evidence, particularly in relation to its action as a hormonal disruptor at low doses, and suggested that “There is credible evidence that low doses of BPA can cause effects on specific endpoints.” The review panel did go on to say, however, that the weight of evidence was not conclusive and there was uncertainty as to the “biological relevance” of the findings. Nevertheless, two areas of recent research have disputed the apparent safety of BPA.

Most of the previous studies on BPA used rats and other lab animals, but recent studies have been done that look directly at the effect of the chemical on humans; in particular, a ten year study carried out by scientists from a number of institutions, including the University of Exeter and European Center for the Environment and Human Health, clearly demonstrated a link between BPA exposure and the risk of developing heart disease1. Further, and perhaps even more alarming, a study by a team of American pediatricians found that higher BPA levels in infants both gestationally and after birth were associated with a lack of behavioral control2. This effect was greater in female infants, as might be expected, since BPA can disrupt healthy estrogen function.

Alone, this research would be enough to give cause for thought and definitely for concern, but it comes on the heels of other studies which have pointed to the potentially hazardous nature of BPA to the human body 3,4,5,6,7. The Canadian government announced in 2010 that it considered BPA to be a toxic substance unsuitable for human consumption, and the European Union, United States and Canada have since banned the use of BPA in baby bottles.

Given the ubiquity of BPA in the food industry, it is unlikely that researchers are going to be content to stop here, and further findings in the near future are to be expected. Indeed, a follow-up study on the link between exposure to BPA and the development of heart disease has already been published8. Although the industrial production of bisphenol A is worth billions to the world economy, governments have already demonstrated that they are willing to tighten regulations on the usage of BPA, and, if there is more evidence of the toxicity of BPA to human health, further measures are entirely possible.